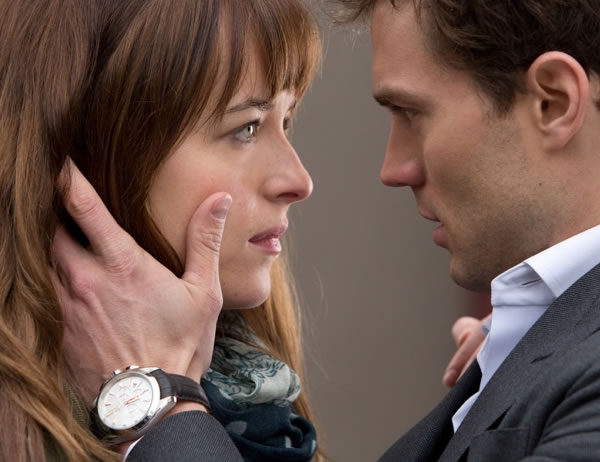 This box office movie has attracted quite a lot of females fans thanks to suave Jamie Dornan’s portrayal in the movie. And every successful man has an interesting timepiece which was even mentioned in the book. 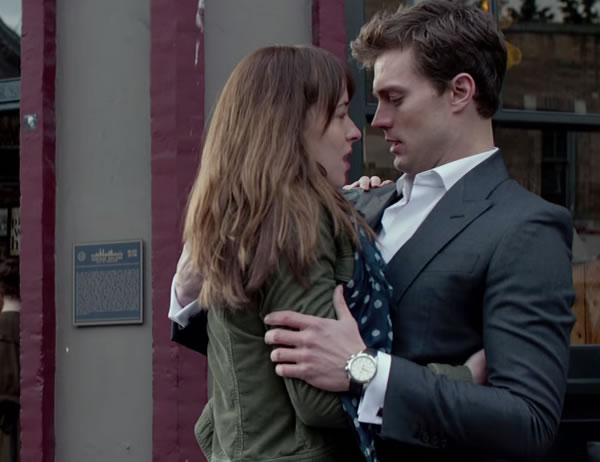 “I just hold Christian’s hand and stare at his manicured fingernails, his long fingers, the creases on his knuckles, his wristwatch-an Omega with three small dials.” 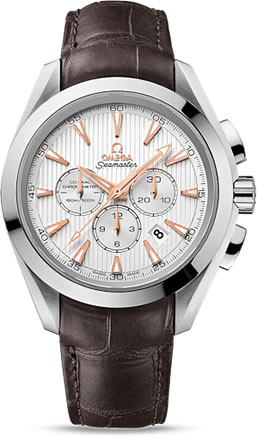 Indeed the watch was seen on Christian’s wrist in the movie as well as the trailer. He was wearing a Omega Seamaster Aqua Terra 150m Chronograph. This sharp looking dress watch has 3 subdials for the chronograph functions. Its dial is among the “Teak Concept” collection where it features vertical lines which recall the wooden decks on luxury boats. 3 o’clock and 6 o’clock subdials are for the thirty-minute and 12-hour recorders while the 9 o’clock is a seconds dial.

It uses a calibre 3313 Co-Axial escapement automatic movement that has been Chronometer certified with a power reserve of 52 hours. It’s housed with a 44mm stainless steel case which is water resistant to 150 metres. It also has a domed anti-reflective sapphire crystal with a transparent case back as well. The date is located between the 4 and 5 o’clock position. To finish it off, it comes with a classy brown leather strap.