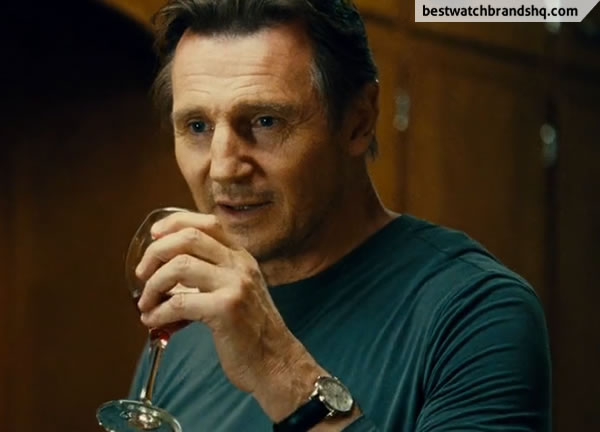 Liam Neeson is back in another sequel to the hit franchise Taken with Taken 3 (2014). He’s back again as ex-government operative Bryan Mills who is accused of murdering his ex-wife who was brutally murdered. He evades the police headed by a savvy inspector Franck Dotzler. For one last time, Mills employs his particular set of skills to track the real killer, to clear his name and to protect the most important person in his life at the moment – his daugther.

I really liked the Taken series but I’m glad and hope it ended in this latest movie. Liam Neeson is not that young anymore and seeing him huffing and puffing running around to catch the bad guys seems to make me worry that he’ll get a heart attack any moment. Anyway, just like the previous Taken 2 movie, there was an almost clear shot of the watch he was wearing.

It definitely looks almost the same as the previous watch which is a Hamilton Jazzmaster Quartz H32411555. The 38mm case seems to fit the criteria as it’s medium sized to his wrist. The arabic numeral positions is also similar to the Jazzmaster. Check out the wrist shots as well as the trailer which has a quick glimpse of the watch somewhere. 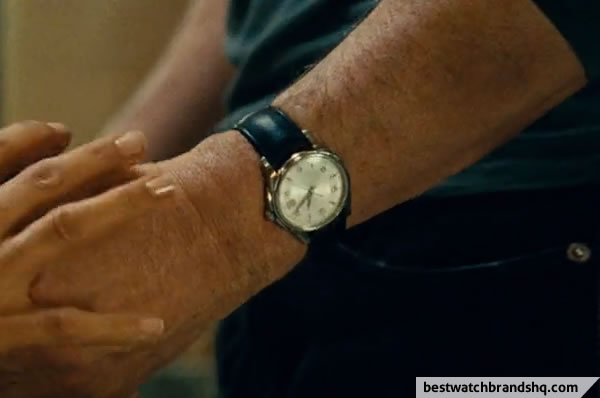 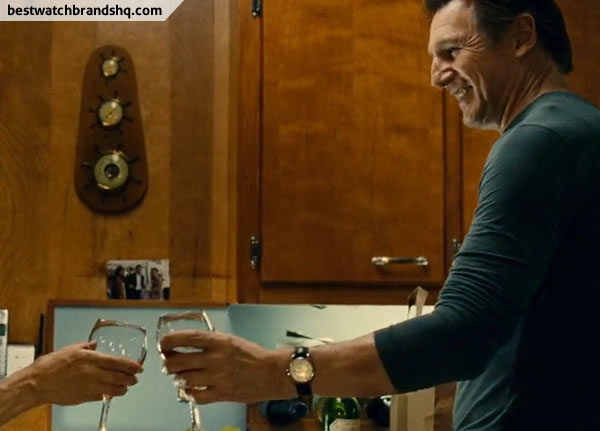