This 2016 Netflix film is based on a true story of how 157 Irishmen on a U.N. peacekeeping mission in Africa defended their outpost against 3,000 enemy forces in September 1961 during the Katanga conflict. Led by a tactically astute commander Pat Quinian played by Jamie Dornan star of Fifty Shades of Grey, they defended and killed 300, and wounded 1,000 enemy soldiers while suffering no Irish fatalities with only 16 Irish wounded. After many extended waves of battle, the Irish are forced to surrender after running out of ammunition and held prisoners for about a month before being allowed to go home. The men should have been heroes, instead they were subject to humiliation but only honored much later on in 2005.

A well crafted war movie and highly entertaining, but of course we’re not here for the movie review and definitely spotted a nice military field watch when Sergeant Walter Hegarty was scouting around and took a glance of the time. Nice white dial with a seconds subdial paired with a padded black leather strap. Can’t make out what’s the watch though but let me know in the comments below if you know what watch it is. That concludes today’s watch spotting in movies. 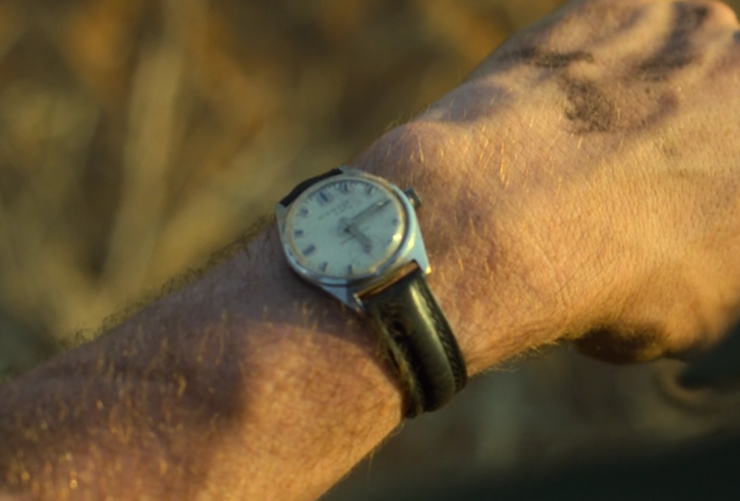 More Under: Field Watches, Military-Inspired Watches, The Siege of Jadotville, Watches In Movies