It seems like there is no shortage of smaller independent brands emerging in recent times. After covering the pre-order of the Serica watch, the much awaited timepiece arrived and I have been wearing it regularly for over a month now.

Here’s a quick recap. Serica Watches is a result of the collaboration between the people behind Les Rhabilleurs and The WM Brown Project. The W.W.W. William Brown Edition is their maiden watch that seeks to exude that classic mid-century styling from the 1940s. Taking some cues from the watches produced for the British army of that era, it’s not a homage reissue of sorts but rather a modern reinterpretation.

What attracted me to it initially was the masculine case design and with four different variations of dials and hands to choose from, it was a difficult decision but in the end I settled for the polar white dial with broad arrow hands. The black dial is also a favorite. 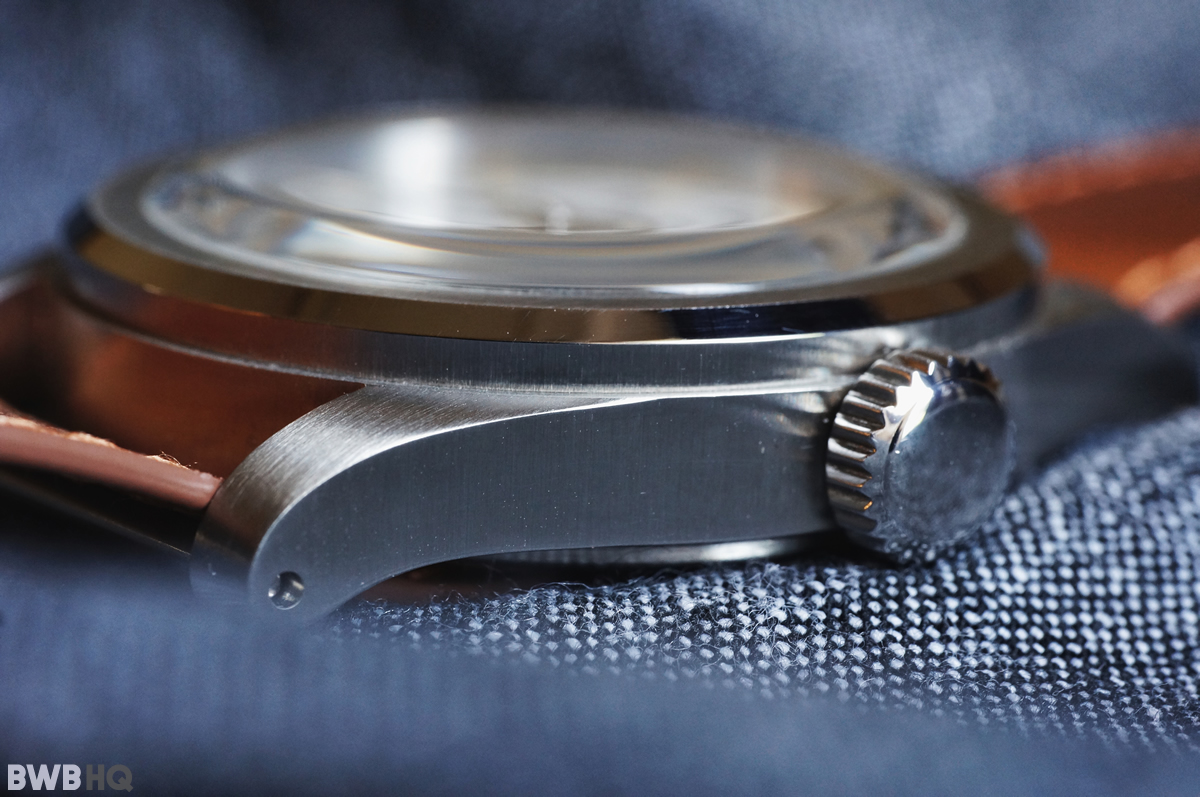 I mentioned earlier that it was the case design that attracted me the most to the watch. The proportions are good for a variety of wrist sizes small and big. I like the fact that they were quite specific with the dimensions down to the decimal as most would prefer to just round it up. Measuring at 37.7mm wide with a lug-to-lug length of around 46.5mm, it wears well on wrists as small as 6 inches. That’s due to the tapered lugs which curves along the wrist. It also has drilled lugs for that easy strap changing.

The case is vertically brushed throughout except for the polished bevel on the thick bezel. I was skeptical initially as this is supposedly a tool watch but it makes the watch highly versatile. Also there’s a hint of inspiration from Rolex with that slight Maxi case design and the bezel from the Patek Philippe Aquanaut. 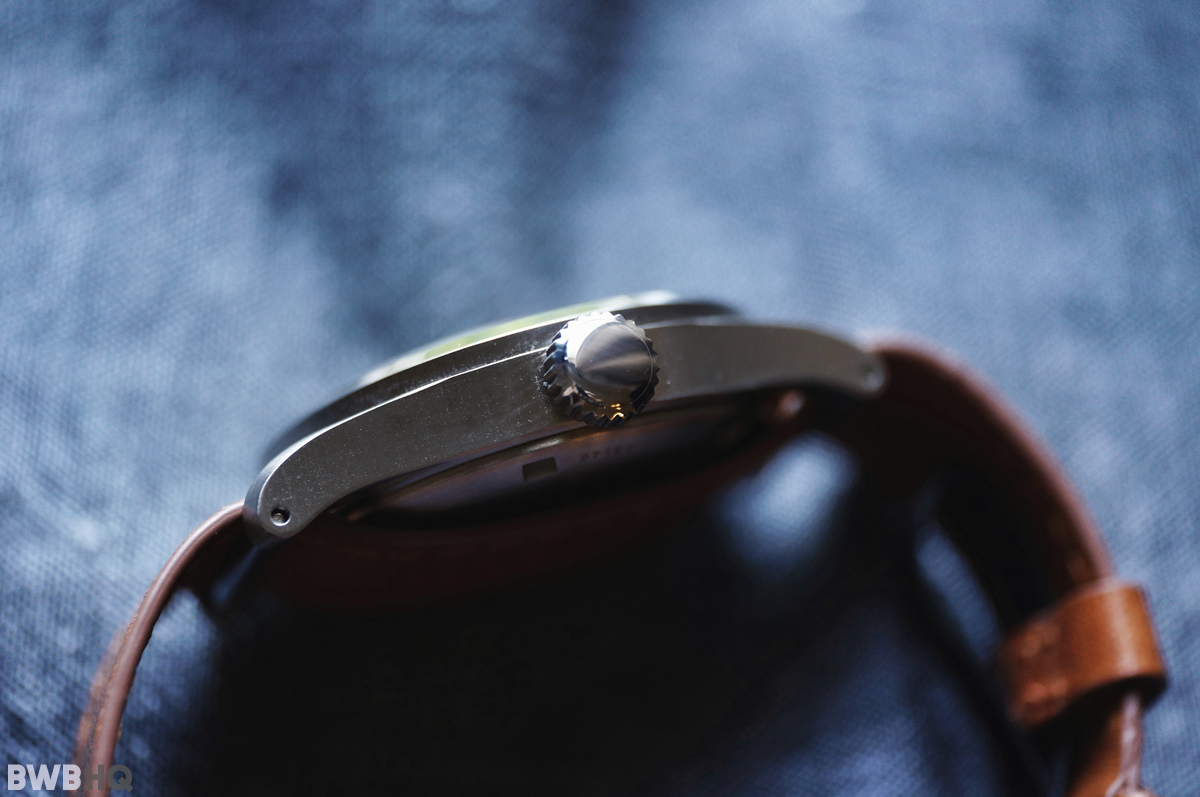 The unsigned crown is screw down together with the brushed caseback for that better water resistance. People are divided with this and rightfully so. Comparing this with the Hamilton Khaki Pilot Pioneer Mechanical, it takes the extra effort daily to first unscrew the crown and then wind the mechanism before screwing it back in. All this action tends to wear down the thread over time and I started noticing that with my Seiko SKX173. However after dealing with this watch for about a month, I have some confidence that the crown thread will last as it takes very little effort to screw it back in. The crown is also polished and large providing a good grip when winding.

The mineral crystal is domed and blends in well with the case. It’s actually quite well made with perfect proportions and my only concern is finding a suitable replacement if this crystal ever gets scratched up. The crystal is without any anti-reflective properties in my version. Earlier final production models actually had it but the AR coating created a filter that made the pure white dial turn cream or ivory in color which is still nice depending on your preference. 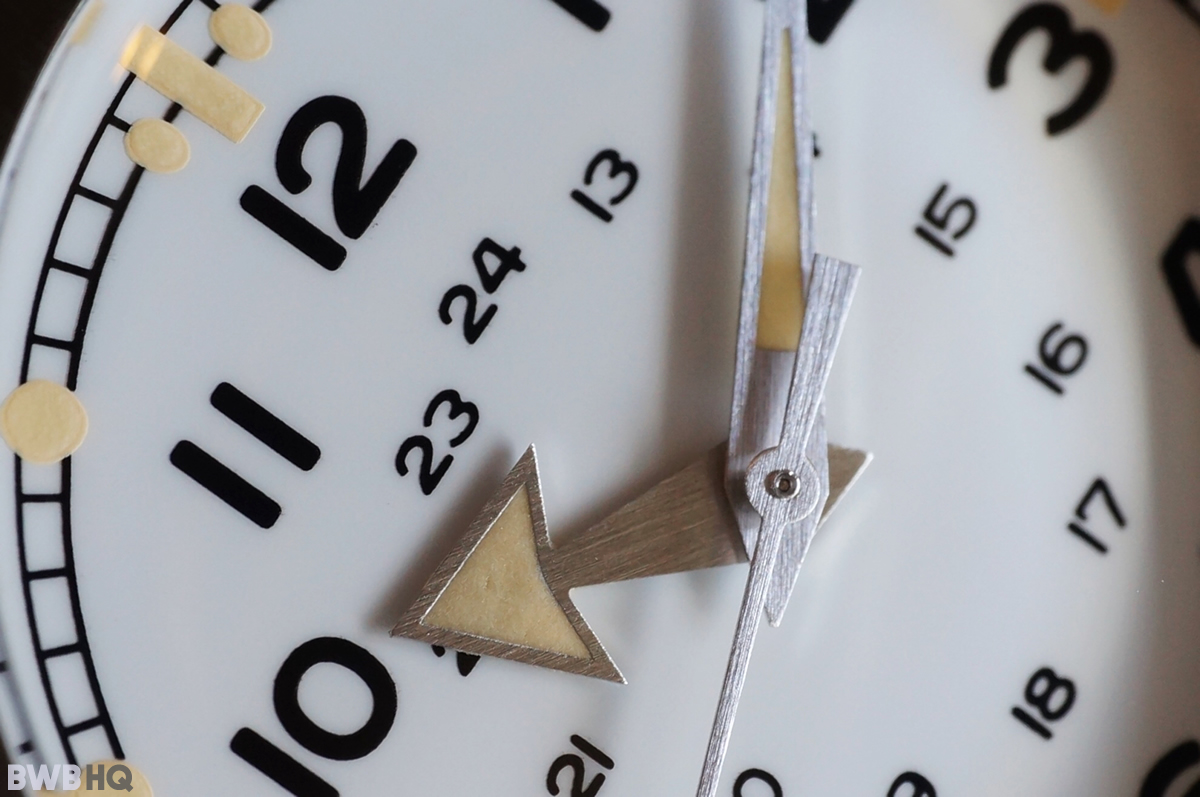 The sterile dial is lacquered and available in either white or black. In this white version which is devoid of any logo, doesn’t feel empty with the railroad minutes track, painted 12-hour Arabic numerals and 24-hour layout. It clearly epitomizes the aesthetics of the field watch. The hands are nicely brushed which matches the brushing on the case and I particularly like the length of the seconds hand which extends right to the edge of the railroad track. The markers on the track feature vintage Super-Luminova lume together with the hour and minutes hands. One complication clearly missing when compared with the “Dirty Dozen” watches would be the sub-seconds. At the bottom of the dial says “Swiss Made” to assure you that this is made with quality and reliability in mind.

When tested, the lume is not as strong and does not hold its charge which is sort of expected with this color tone. It’s particularly weaker with the markers on the dial and one of my main gripe is that the color shade is different from what is seen on the hands compared with the dial. The lume color on the dial is noticeably lighter.

You might be wondering why both the ETA or Sellita is mentioned. As we know ETA movements are being limited for brands outside of the Swatch Group with endless discussions yet to be completely finalized. I believe as long as there’s still supply, the primary choice of movement used in this watch would be the ETA version.

The movement in this watch uses the reliable caliber ETA 2801-2 which is a manually wound watch. This is actually the same base movement that was modified in the Hamilton Khaki Pilot Pioneer Mechanical. It has 17 jewels and features 28,800 vibrations per hour with hacking seconds hand. In the Serica site it’s mentioned that the movement has a 42-hours power reserve but in my testing it actually came up to 50 hours which correlates with what was mentioned in the official ETA documentation. Accuracy with the watch seems to be averaging around -4 seconds per day. 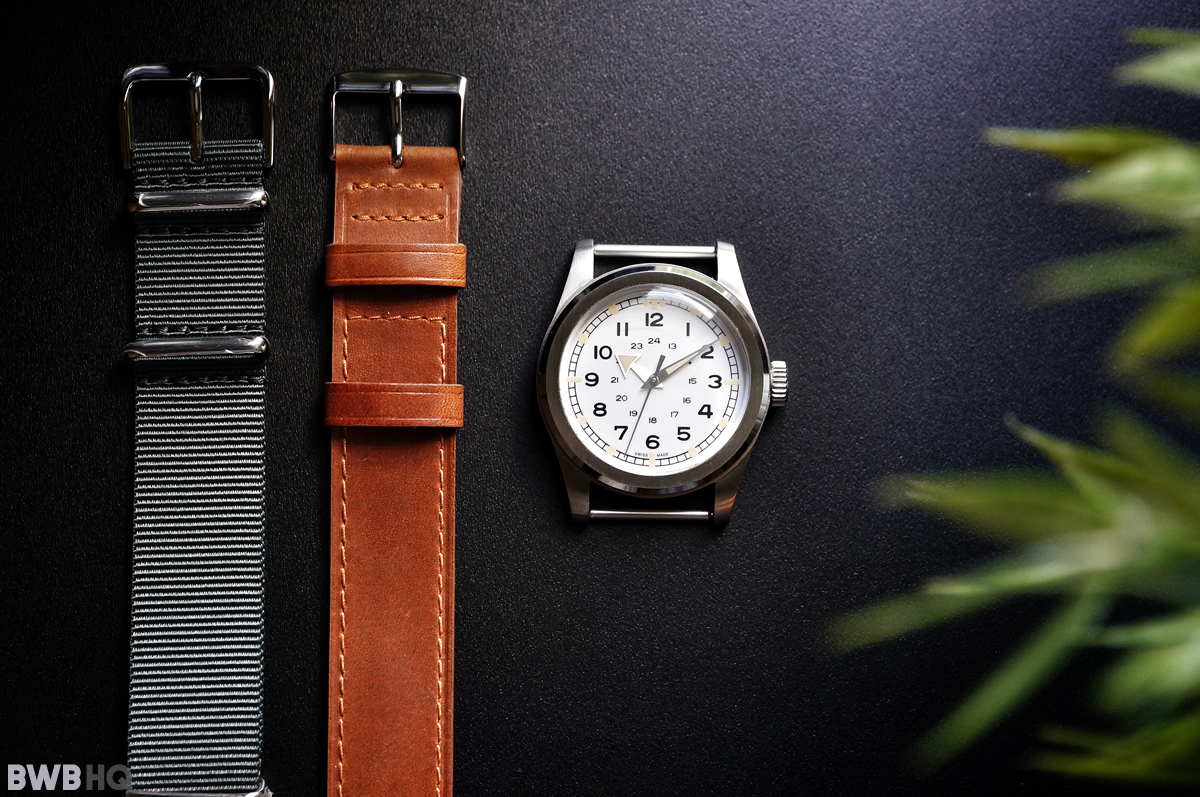 The W.W.W. is a strap monster and Serica knows it by supplying two NATO straps out of the box. The one I have is the camel calfskin US Military type leather strap that is made in France and a blue nylon G10. One thing to note is the final production leather strap is slightly different as compared with the one shown on the site where there’s an additional side stitching to hold it in place so that it lasts longer. There’s other strap options that pairs well with the W.W.W. available for purchase. 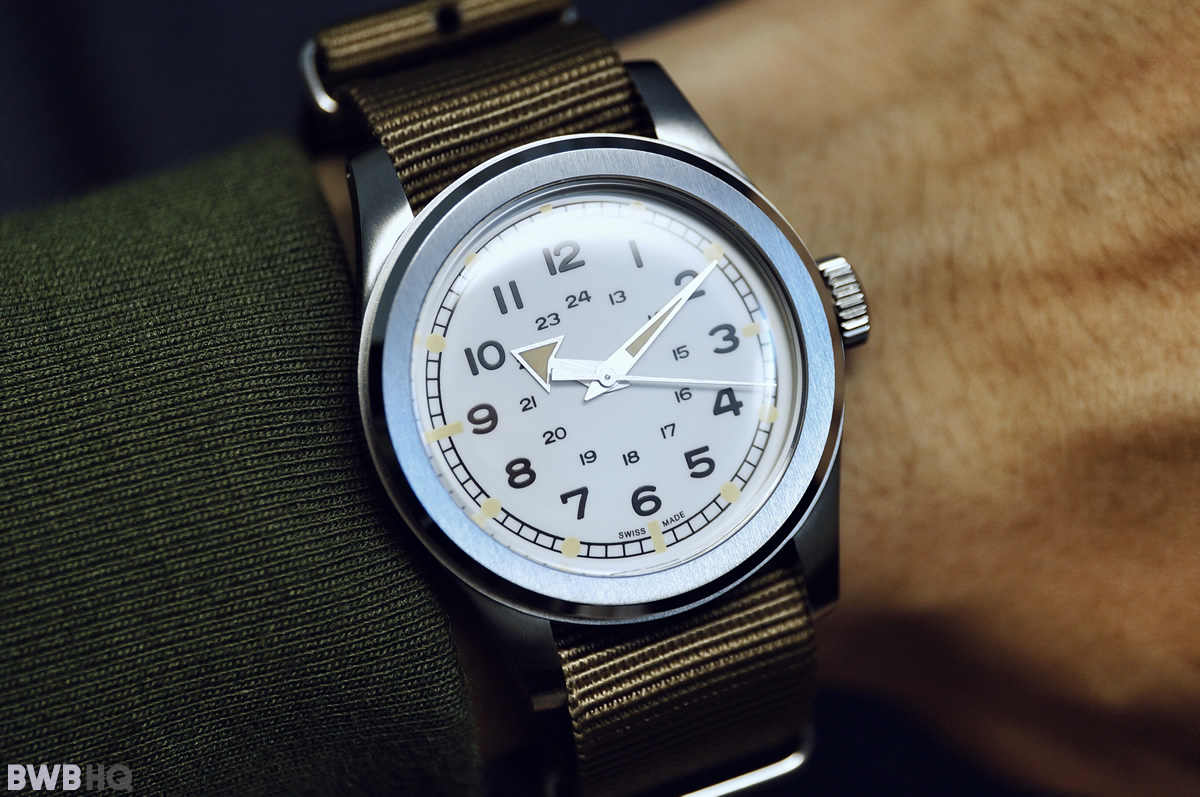 As expected, the watch wears comfortably on my small 6.1″ wrist. There’s plenty of details to admire from all angles and the sloping lugs helps mitigate that overhang. The broad arrow version adds that ruggedness and its versatility is clearly seen as it goes well with anything depending on your strap choice. The white dial tends to wear larger and shows some wrist presence in a inconspicuous way.

Majority of watch enthusiasts tend to fall for one camp or the other when it comes to watches. I find that the Serica W.W.W. tend to appeal to those who are more neutral and want that versatility. It’s not trying to be too vintage nor too flashy. The beefy lugs, polished facets and polar white dial makes it a bit more modern and sporty. It can even come off as a great affordable alternative to the Rolex Explorer II minus the GMT function.

I tend to be a bit bias with watches especially ones that fits my wrists well. This watch hits the nail on the head in that regard. Serica makes an interesting inaugural release with the W.W.W. “WMB” Edition that retails for $540. Serica Watches. 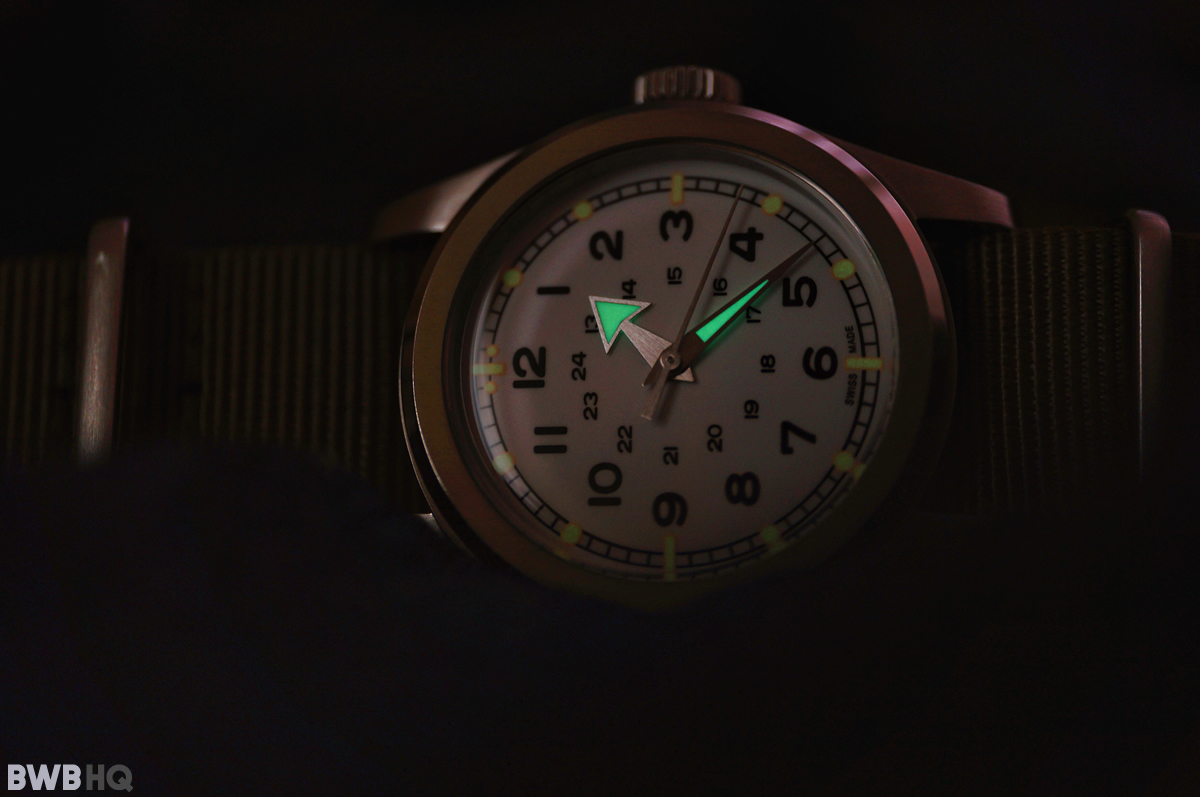 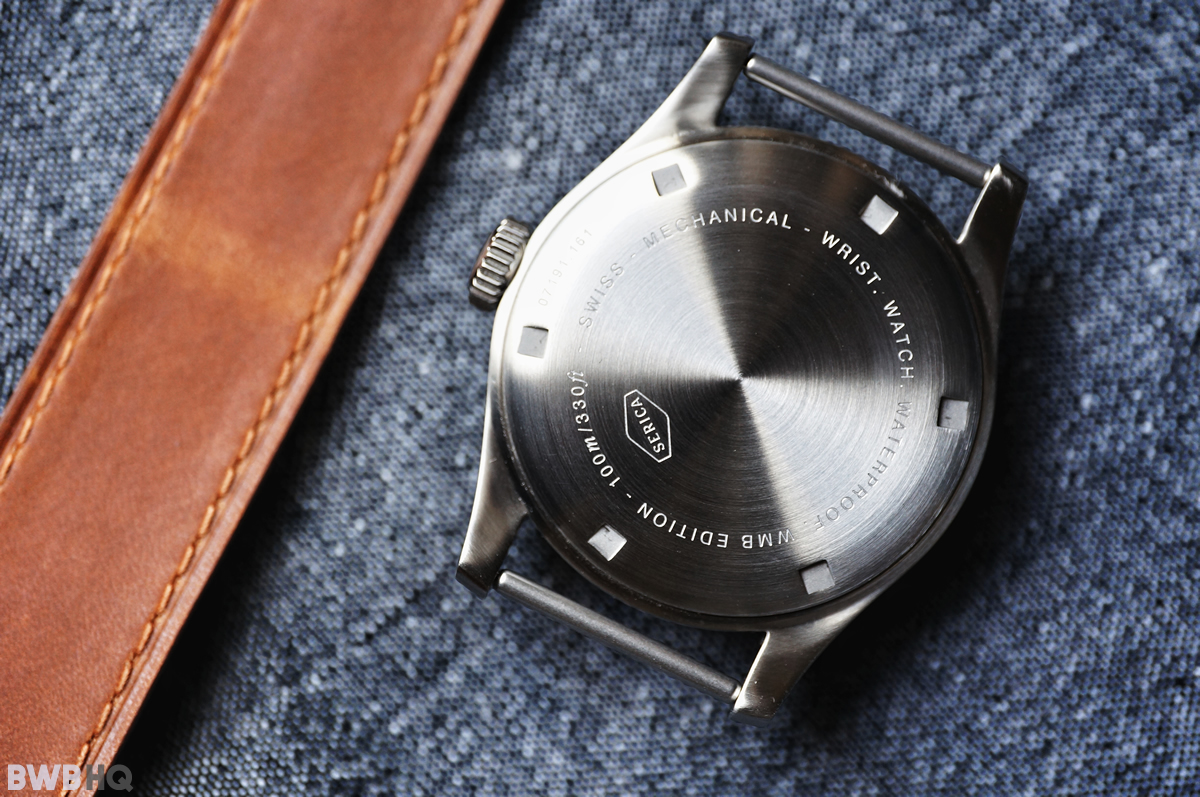