Sylvester Stallone is back in another kick ass sequel in The Expendables 3 (2014). He’s back again as Barney Ross and this time he comes face-to-face with Conrad Stonebanks who co-founded The Expendables with him years ago. Stonebanks strayed off to become a ruthless arms trader and Barney thought he killed him only to see him return now with a mission to end his team. Barney as the head honcho of the team recruits some new blood who’s younger with a clash of classic old-school style versus high-tech expertise in the Expendables’ most explosive battle. 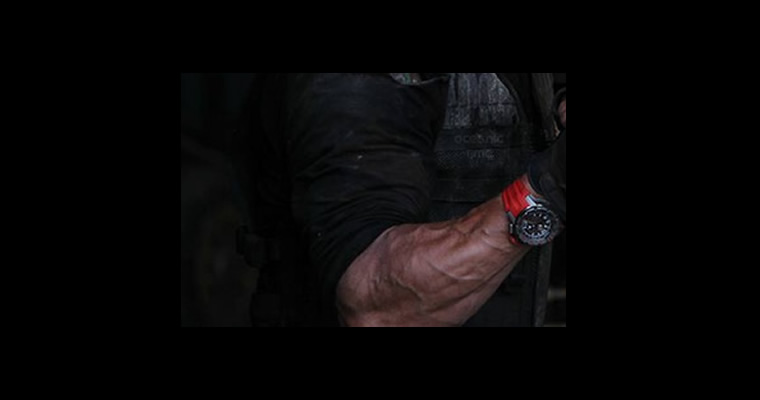 In the movie, Sylvester Stallone is spotted wearing a Richard Mille RM 032 Ti. It’s a rather large watch measuring 50mm in diameter and 17.80mm thick which seems to fit Stallone’s thick wrist rather well. Richard Mille is a brand of luxury Swiss watches founded in 1999 by a French businessman with the same name Richard Mille.

The RM 032 comes in either titanium, 18k white gold, or in 18k red gold. The one in the movie should be the titanium version. When you first look at the dial, it looks crazily busy. It comes with a lot of functions as well. This automatic chronograph watch comes with an annual calendar with the date and month somewhere around the dial. Good luck finding it. What this means is that it will automatically adjust itself for months of 30 or 31 days. You have to adjust February yourself.

Apart from that, it has 60-minute countdown, 12-hour totalizer and flyback chronograph functions. It’s water resistant up to 300 meters. It has 50 hours power reserve and 45 hours if you leave the chronograph running. 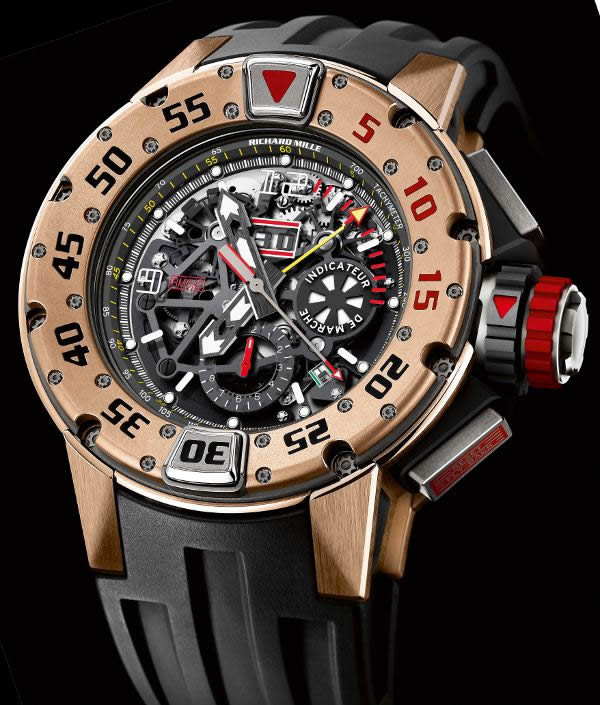 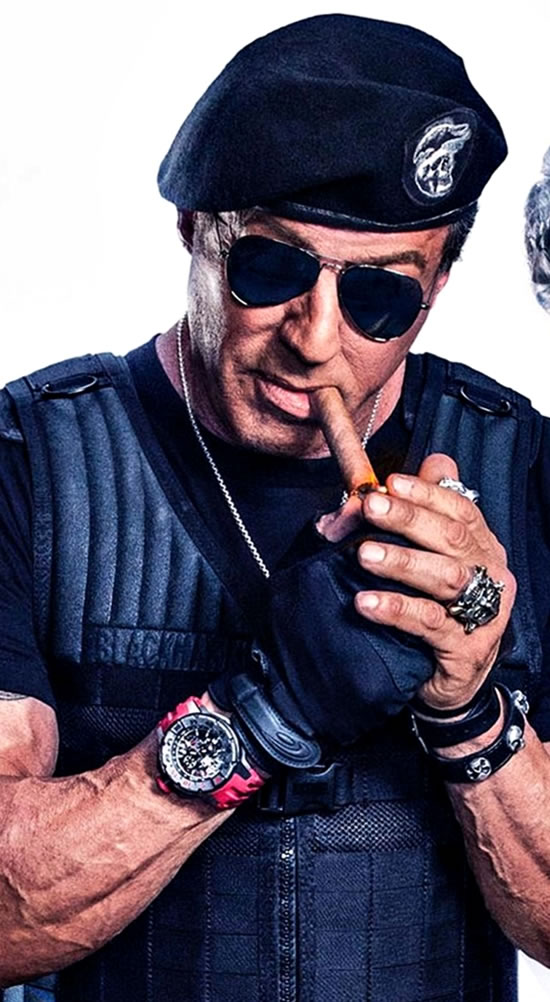