Wonder Woman is back and this time specifically in 1984. In the trailer just released we see Wonder Woman still fondly remembers intelligence officer Steve Trevor (presumably dead), by still holding on to the pocket watch he gave to her before sacrificing himself in the World War I era. Without much plot revealed yet, theories of his sudden resurrection seem to indicate he could’ve suffered a same fate like Captain America when he appeared confused in a park. Donning ’80s fashion, he couldn’t identify a trash can which seems to support this theory.

The ’80s is an era where we have funky hairstyles, video games and bright vibrant colors. Also retro digital quartz watches are all the rage during that time. In the trailer we see Wonder Woman being handed a watch by Steve which seems to be a variant of the popular Casio F-series watch. The F-series was first introduced in 1978 with the iconic F-91W being released in 1989. So historically speaking, digital quartz watches are the correct props in the movie but what about the actual watch shown? 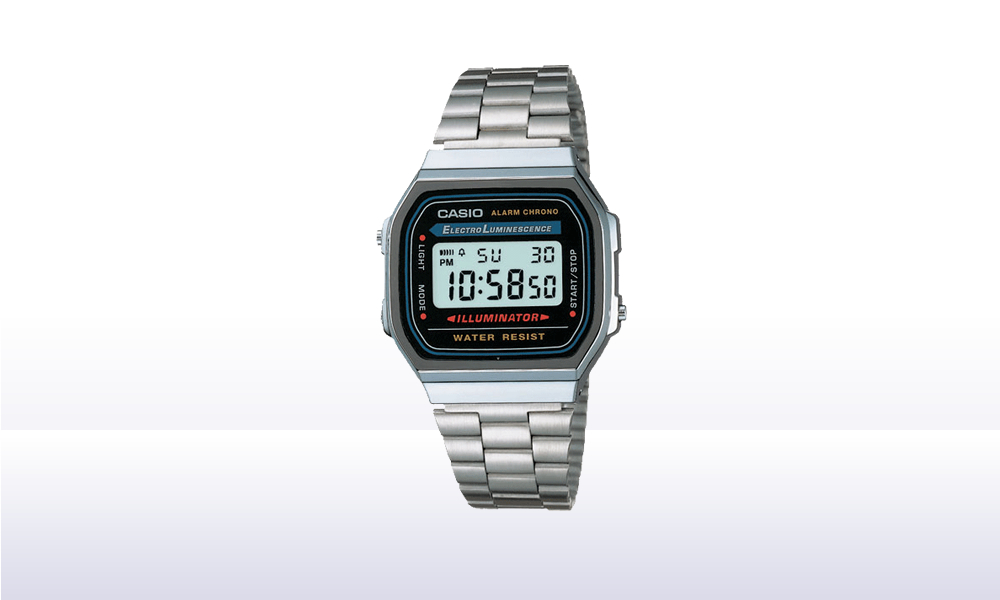 At first glance, the steel model looks like it could be from Casio’s A-series more specifically the Casio A158W model which shares the same DNA design as the F-91W following its success. However with so many variations of the A-series, it’s hard to pinpoint the exact model. With a little detective work on the image, it became clearer that this watch could be the larger variant A168W which has the electro luminescence blue light. The large blue EL label indicated at the top and the lugless design seem to land weight that this is the model. From what I gather both are actually released in the 1990s. This means that we have a watch that didn’t exist yet held by Diana in the year 1984 but I have to say that the A168W aesthetically does fit the retro vibe better in that era.

What do you guys think? Let me know in the comments below. Meanwhile check out the watch in the trailer below.

Get the Casio A168W from Amazon.